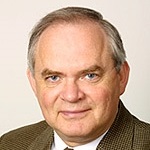 Ivan is one of few people to have achieved great success in two different careers.

During his first professional career as a dentist, he started a practice from scratch in Phoenix, Arizona shortly after graduating from the University of Tennessee Dental School. For 20 years, he went to work every day and provided excellence in patient care. While growing his practice, he raised 3 children, volunteered his time to serve underprivileged children, was a board member of local and state dental associations and joined the Board of Directors of the Crohn’s &amp; Colitis Foundation of America – Southwest Chapter

His health ultimately took a toll on his ability to work as a dentist, and after selling his practice 1990, Ivan entered the financial services industry. Because he could no longer practice as a dentist, it became his mission to help other dentists and medical professionals understand the importance of proper risk management and protection planning.

Soon after launching his second career, he met Michael Klarfeld, and together they co- founded Kirshner &amp; Klarfeld Financial Group, LLC in Phoenix, AZ. Ivan thrived in his second career in the financial services industry, which lasted even longer than his career as a dentist.

As a financial professional, Ivan consistently ranked as one of Guardian’s top Disability Income agents. He became a national resource for Disability Income insurance and a sought-after speaker at several dental schools around the country. While he lived and worked in Arizona, he had valued clients throughout the United States.

Ivan passed away on July 31, 2018. His contributions to his clients, the dental community and the insurance industry are simply immeasurable. He always put the interest of his clients above his own, and his legacy will live on as his clients continue to collect benefits and take comfort in knowing that their protection was properly addressed.